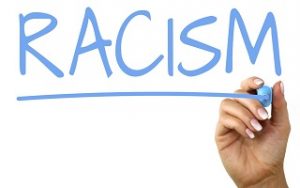 Oliver Brown took his daughter Linda to the nearby Sumner Public School in Topeka, Kansas in the fall of 1951 to enroll her in the school. She was denied enrollment because she was black and the school’s students were all white. With the help of the NAACP’s legal team, Mr. Brown brought a class action suit against the school.

Sixty-five years ago, on May 17, 1954, the Supreme Court ruled in Brown v. Board of Education that Linda Brown was “deprived of the equal protection of the law guaranteed by the 14th Amendment” and “in the field of education ‘separate but equal’ has no place” as segregated schools are “inherently unequal.”

Segregation as practiced in Topeka, Kansas in 1951 has a long history dating to our Founding Father’s failure to address the morality of slavery both in the Declaration of Independence and the US Constitution.

“Slavery became the crucial divide in Philadelphia in May of 1787,” writes Jill LePore, as delegates met in secret to draft the Constitution for a new national government (These Truths: A History of the United States). One of the most vexing questions facing the drafters of the constitution concerned representation in the federal legislation, the House of Representatives. How are slaves to be counted in the census? States with many slaves wanted slaves to be counted as people for the purpose of representation but not taxation. States without slaves wanted the opposite. (LePore)

The drafters of the Constitution debated the status of a slave: was a slave a person and if so, a person equal to a “White Citizen,” or was a slave property. After much debate, the drafters settled on the “Three-fifth’s Compromise” and the United States Constitution stated “a bound to service” individual is to be counted as “three-fifths of all other Persons.” It wasn’t until after the Civil War, in 1865, that the “Three-fifths Compromise” was eliminated from the Constitution by passage of the 13th Amendment abolishing slavery and guaranteeing “equal protection of the laws” to all. No longer would anyone be counted as “three-fifths of all other Persons.”

Racism is defined in the Merriam-Webster dictionary as “a belief that race is a primary determinant of human traits and capacities and the racial differences produce an inherent superiority of a particular race.”  “Racism is America’s original sin,” writes Jim Wallis.

When I was a teenager, Sunday worship began with this confession, “We are by nature sinful and unclean.” While in Seminary, Pastor Phil Anderson of Augustana Church in Hyde Park would say to us, “We are all racist, we can’t help it, we were born into a racist world. What we can however do is name racism as evil and every week confess this sin after which will come words of forgiveness, a challenge to do better and a promise of the Holy Spirit’s presence supporting our efforts.”

Pastor Robert W. Lee, the great-great-great-great nephew of Confederate General Robert E. Lee, has some practical advice for us as we confront our inherited sin of racism. Writing in the Christian Century,  he states, “ White Christians have to approach reconciliation with an air of humility, with active listening, which can then become real conversation. White people have to take themselves out of the driver’s seat. We should study theologians like James Cone and [Martin Luther] King and learn the history. Not that whites don’t have things to offer. White Christians might ask themselves what resources they can offer—money, time, talents, connections, infrastructure, or other things.”

Pastor Lee quotes a phrase from poet Galway Kinnell, “Some­times it is necessary to reteach a thing its loveliness,” adding, “There are things going on that we cannot allow to happen, like the white supremacists’ march in Charlottesville. We have to help people remember their own loveliness and the loveliness of others — remember that we are all created in the image of God.” (Interview with Amy Frykholm, May 7, 2019)

Today, May 17, marks the 65th anniversary of the unanimous ruling by the Supreme Court, Brown v. Board of Education disavowing the notion of “separate but equal.”

Prayers of thanksgiving will be offered today for the memory of Linda Brown and her father, Pastor Oliver Brown, and for their willingness to participate in a class action law. Prayers of thanksgiving will also be offered for the memory of NAACP’s chief counsel, Thurgood Marshall. Together and with help of many others these three won for students the right to a quality education regardless of racial identity.