Lent’s Invitation: To Empathize with Others 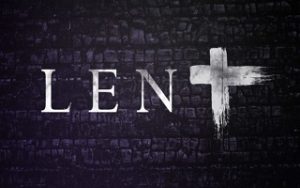 Observing Lent was a family practice in the Foster home. On Saturday, allowance day, Keith and Alan each received one dollar. Ten percent of the dollar, one dime, went immediately into their Sunday School envelope except during Lent when two dimes were included in their Sunday offering. Desserts were a Sunday-only treat in their home; since Sunday was not a day in Lent, they didn’t give up sweets during Lent. Instead they added five minutes of quiet time to their evening prayers. Quiet time, Mrs. Foster told them, was special time with God. Quiet was a difficult task for both Alan and Keith. Each tried their best to get the other laughing and in trouble.

We are now ten days into our Lenten journey to Easter, a time experienced by some as a second chance to keep New Year’s resolutions. But Lent is more. Lent’s invitation is to reflect on redemption by identifying with Jesus’ life: a life that included pain, suffering and crucifixion.

As a kid Alan imagined his suffering was far worse than his brothers, his difficulties far greater, his challenges far exceeding Keith’s. Just as beauty is in the eye of the beholder, injuries are seen differently depending on one’s perspective: the one injured or the one observing.

I suspect we are all like Alan. It’s easier to believe my challenges, my difficulties, my troubles are worse than yours. During these 40 days of Lent we are called upon to look with empathy on the suffering of another. A friend may have experienced death of a friend or family member, may have lost a job, is facing medical problems, is living with disappointment or betrayal.