Including Jesus in our Ordinary Lives 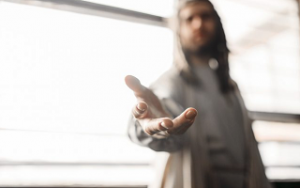 The disciples of Jesus dragged in a net with one hundred and fifty-three large fish, John writes in Sunday’s gospel lesson (John 21:1-19). And to the amazement of all, the net held. It had been an unsuccessful night of fishing until the “stranger” on the beach instructed the disciples to cast their net on the other side of the boat. One hundred and fifty-three fish are caught! No one dared ask of this stranger, “Who are you?” But they knew it was the Lord when he offered them bread on this, the third appearance since he was “raised from the dead.”

What, many ask, is the significance of the number 153?

The third century theologian Jerome maintained there were 153 species of fish in the world, so this passage foretells of a fruitful mission in the church’s future.

St. Augustine interpreted the number 153 by adding the numbers 1 to 17 resulting in the number 51. Multiply 51 three times, for the trinity, with 153 as the result. Why 17? Ten is for the Ten Commandments and seven is for the seven Spirits of God described in the book of Isaiah.

I said to my wife, if I insert the number nine, which is the trinity three times, between the one and the five, the result is 1953. Is that not a sign I should buy a 1953 Buick? I asked.

Raymond Brown writes, “We have no evidence that any such complicated understanding of 153 would have been intelligible to John’s readers,” and D. A. Carson adds, “If the evangelist has some symbolism in mind connected with the number 153, he has hidden it well.”

Robert Hoch states the “symbolic significance of the number 153 is lost on modern readers, but the meaning of the story is not.

Several points can be made of this story.

“When we honestly ask ourselves which person in our lives mean the most to us, we often find that it is those who, instead of giving advice, solutions, or cures, have chosen rather to share our pain and touch our wounds with a warm and tender hand. The friend who can be silent with us in a moment of despair or confusion, who can stay with us in an hour of grief and bereavement, who can tolerate not knowing, not curing, not healing and face with us the reality of our powerlessness, that is a friend who cares.”  ― Henri Nouwen